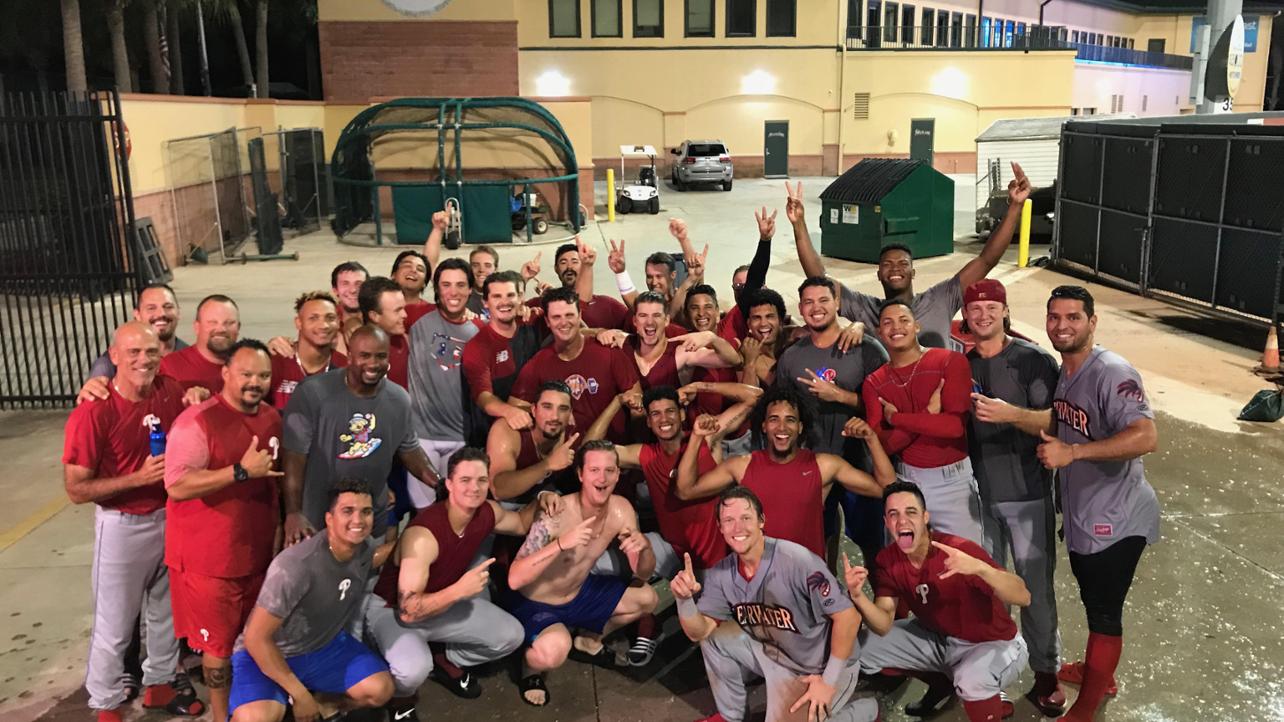 The Clearwater Threshers clinched the Florida State League North Division Second Half Championship and qualified for the post season.  Lakeland’s double header was cancelled due to rain, and all the Threshers had to do was win to eliminate the Flying Tigers, which they did.  With the victory, the Threshers will host game one of the three-game semifinal series against Daytona, the first half winner.  Games two and three (if necessary) will be played at Daytona. END_OF_DOCUMENT_TOKEN_TO_BE_REPLACED

The Clearwater Threshers (74-58) beat Jupiter, 11-3 and lowered their “magic number” to clinch the division to two games.

The Threshers built a 5-1 lead in the seventh but the Hammerheads closed to within 5-3 in the bottom of the inning.  The Threshers responded with a six-run ninth to salt the game away.   END_OF_DOCUMENT_TOKEN_TO_BE_REPLACED